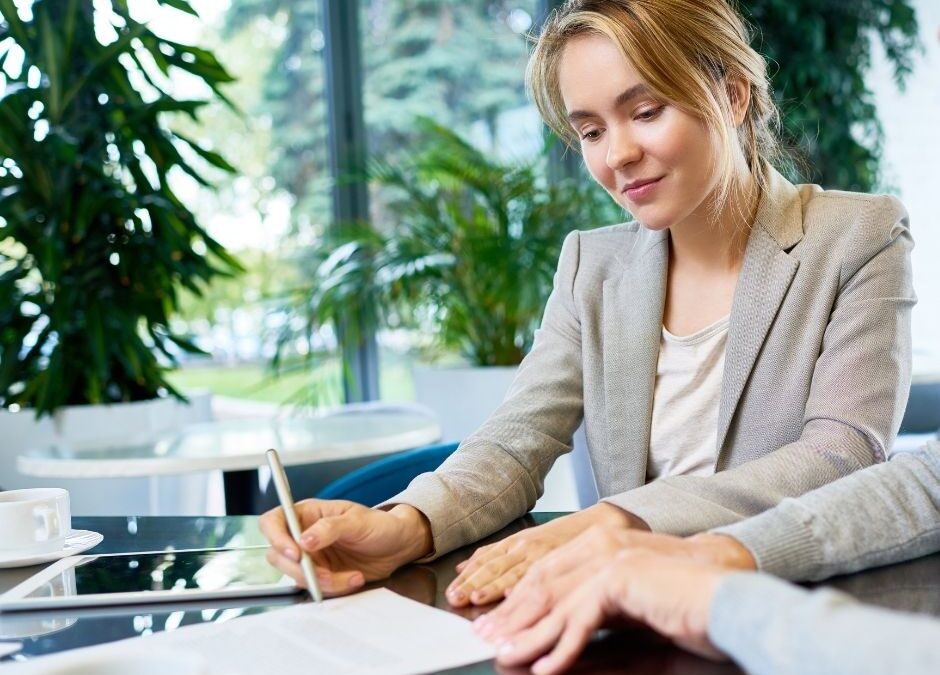 What does a standard signing clause look like and what does it apply to?

In most cases in business, a person is entitled to reasonably rely upon the signature of the person signing as being authorised to bind the company they work for. This is not always the case. If you are dealing with a very junior person in a business, it is unlikely they have the required authority to sign something that binds the business, but the signature of a senior manager or director should be able to be relied upon.

For the purpose of proof, the best style of basic signing clause should include:

The reason to include a date is to easily track when the agreement was made. It is very common for signing parties to forget to enter a date on the first page of an agreement (where there is usually a space for the date) and then years later, anyone trying to work out when the document should be dated is trawling through emails and other records to try and figure it out. At least if the person signing has to also date the document, if it is missed on the first page, there will still be an easy reference within the document.

If you’ve been following our recent articles, you would probably know that although not all documents need to be signed to be legally binding, it is always a good idea to use a signature to indicate that an agreement was entered into between the parties. The signature can be a reliable form of proof of agreement.

Having an appropriate signing clause can help ensure that your document is correctly executed and is valid and enforceable.

A standard signing clause applies to all kinds of agreements (but not deeds). For example, services agreements, licence agreements, contractor agreements, and loan agreements.

The elements of a signing clause would need to be slightly adjusted depending on who is signing.

If you are signing as an individual, nothing more is required than your name and signature.

Although not legally required, it is good practice to have your signature witnessed by a third party. This is good evidence in case a dispute arises as to whether the agreement was properly signed, and particularly if the person signing argues that they did not intend to sign it.

When a signature does not need to be witnessed to be legally binding, then even though there is a section for a witness, the document will still be binding without it.

If someone signs a document without a witness, it is too late for their signature to be witnessed. A person can only witness a signature if they are present and watching as the person signs the document. We sometimes have people ask us to witness their already signed documents, and the answer is always, ‘no, we will have to reprint the page and do it again’.

If it is your company that is executing an agreement, you should comply with the Corporations Act 2001 (Act); in particular, section 127 of the Act.

The signing clause for companies usually contains the words ‘signed on behalf of [company name] in accordance with s 127 of the Corporations Act 2001 (Cth)’.

Signing pursuant to that provision means that a person can rely upon the Corporations Act to state that the document was properly signed, however, if a document is not signed correctly in accordance with that section, it may still be binding on the company.

a) With common seal

If your company has a common seal (which is basically an ink stamp that you can press onto an agreement as the company’s signature), that stamping must be witnessed by:

The use of a common seal is becoming less common. Most companies execute without a common seal. Companies such as registered training organisations, that provide certificates of completion for students, are the types of companies that still adopt a common seal.

b) Without common seal

Executing without a common seal is a very similar procedure, with the only difference being you do not have to stamp the agreement with a common seal.

It simply requires the signature of:

These signatures do not need to be witnessed.

A trust is not a legal entity on its own and cannot execute agreements. Trustees are the ones that sign on behalf of the trust.

A trustee can be an individual or a company. The execution method is exactly the same as mentioned above, except that the signing clause would need to specify the signatory is signing in his/her/its capacity as trustee for (ATF) the trust.

If you are an individual trustee (witness is not legally required but is good practice):

If you are a corporate trustee:

Again, witnesses are not legally required but it is good practice to have your signature witnessed by a third-party.

Different to an agreement, a deed will take effect from the time it is delivered (not physical delivery but where the executing party intends to be bound – ie. at the time of signing).

This is why the signing clause to a deed would need to contain the words ‘signed, sealed and delivered’.

Other than this, executing a deed is very similar to executing an agreement, with the only exception being if you are signing as an individual, you must have your signature witnessed by a person who is not a party to the deed.

There are some exceptions for signing documents under COVID legislation.

It is important to also note that if you are a partner and want to sign a deed to bind the entire partnership, you must be given authority to do that under a deed (ie. partnership deed). A verbal or other type of written acknowledgement is not sufficient to give you that power. In addition, your signature must be witnessed by a person who is not a party to the deed.

To find out more about deeds, please read our article about Deeds v Agreements.

If you need help or have questions about how to correctly sign your documents, please contact us.